One of the top three U.S. game programs will come to Songdo International City in Incheon. The University of Utah Asia Campus (CAO: Gregory C. Hill), located in Songdo, Incheon, will open a game major from the fall semester of 2023. 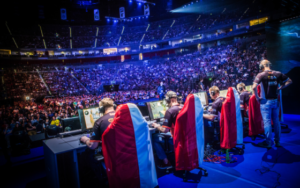 The Department of Entertainment Arts & Engineering, a game major at The University of Utah, has been rated the highest among all university game-related programs in the United States, along with New York University (NYU) and Southern California University (USC).

The University of Utah, which has the first U.S. university’s E-sports team, topped the Game program department from College Rank, a U.S. university evaluation agency, in 2023 and ranked first and second in the world’s public school category and graduate school among Game programs announced by Princeton Review in 2020.

The Entertainment Arts & Engineering department at The University of Utah, created by the collaboration of Electronic Computer Engineering and Film & Media Arts professors, teaches the entire course of the game industry, from story production to game development, design, and sales strategies. 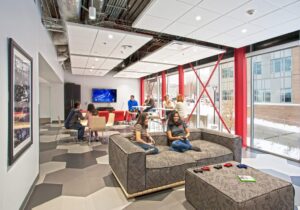 Students will learn the technology of designing and producing games for entertainment, health, and K-12 student learning and take various lectures through interdisciplinary convergence such as computer science, video games, and 3D animation.

The graduates, who completed majoring in games, are currently employed by IT companies such as Google, Adobe, Apple, and Facebook, as well as game and media companies such as Nintendo, Blizzard Entertainment, Epic Games, Warner Bros., and DreamWorks.