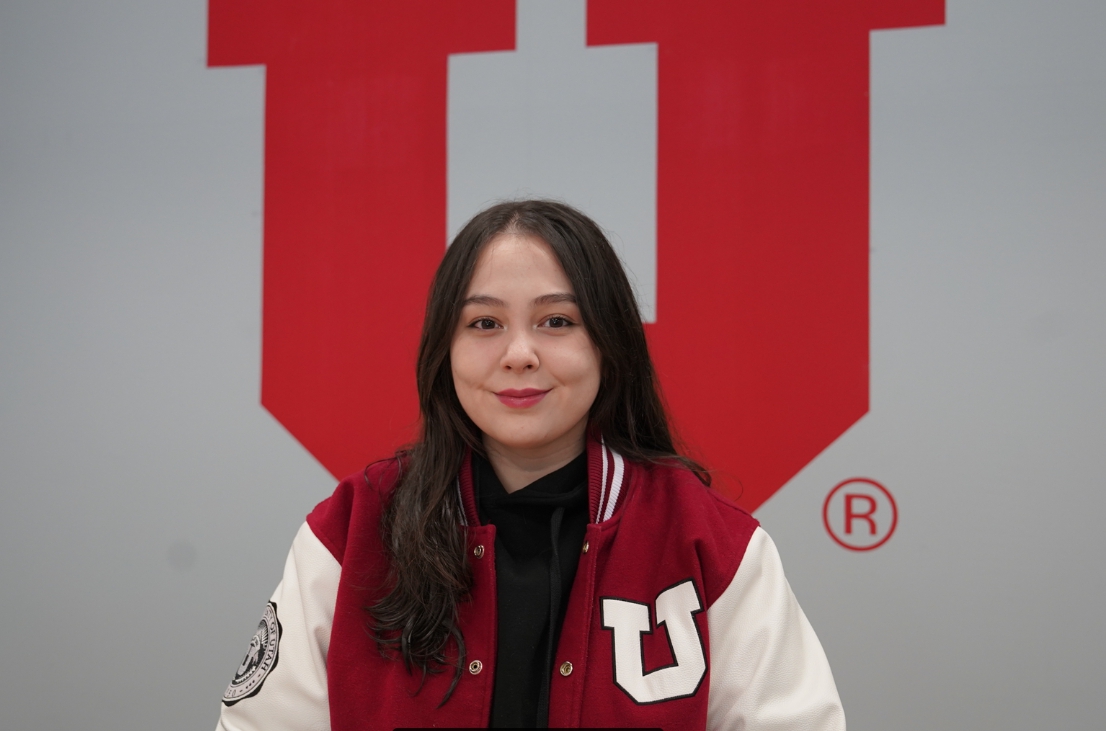 A female university student introduced herself in fluent English in front of American high school students.

“I’m enjoying my college life here. The school size is small, so I can develop closer friendships and focus more on the lectures. There are also many opportunities for admission and working scholarships. Every semester, various International and American students come from and go to the U.S. campus, so it is always full of new vitality.”

An admission briefing was held at the Incheon Global Campus in Songdo, Incheon, on the 12th. Jamimae Clark explained her college campus life to more than 200 students from Humphreys and Osan High School in the U.S. Forces Korea Camp Humphreys. The 20-year-old is currently attending The University of Utah Asia Campus. She was admitted to the school with a total scholarship of more than $20,000, receiving $7,000 off her tuition every year for three years. She was accepted into King’s College London, a prestigious university in the United Kingdom, but instead chose the Utah Asia Campus. In 2020, Covid-19 was prevalent in the world, and she remained in Korea after learning that she could receive a degree from a prestigious U.S. university in Korea. She decided to major in psychology because she wanted to learn more about mental illnesses after accidentally encountering a video about Dissociative Identity Disorder (DID). She dreams of becoming a mental health therapist or using psychology for public relations and marketing. Born in 2002 to an American father and a Korean mother, she followed her military father to Pyeongtaek and attended schools at the Humphreys Army Base since she was young. Aside from three years in kindergarten and middle school, she grew up in Korea.

“Korea is my hometown. The food, culture, and public transportation are better suited and more comfortable in Korea than in the United States.”

Her life in the United States, which she experienced as a child, was not smooth-sailing. America felt like a foreign country to her and didn’t feel like home. “I felt like I didn’t belong anywhere. Korean friends were wary of me, and American friends treated me like a stranger. But I don’t care now. No matter what others think of me, I accept myself. I have grown a lot during my time in college. At the Utah Asia Campus, many friends from the United States and other various countries exist. It’s nice to share your unique cultures and ideas.”

According to data released by the Ministry of Education in Korea earlier this year, the number of overseas students who came to Korea for university degrees or to learn a language increased steadily from 84,000 in 2014 to 160,000 in 2019 and then decreased to 153,000 in 2020. The University of Utah Asia Campus, located at Incheon Global Campus in Songdo, Incheon, has steadily increased its numbers since its opening in 2014, with more than 100 international students from 17 countries attending. The Utah Asia Campus recently established an Accounting and Information Systems major, which is an extension from the University of Utah in the U.S.